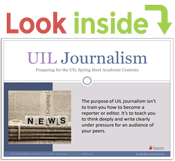 The Power Journalism Presentation is a set of five computer-ready coaching prompts designed to facilitate discussion and learning between coaches and students. Visually updated in 2018, Power Journalism allows students to attempt the supplied prompt in each area, which can then be followed by a group review of concise objectives while opening minds to creative thought.

The set contains one Journalism Overview presentation and one in-depth classroom presentation in each of the four specific areas of study: Editorial Writing, Feature Writing, Headline Writing, and News Writing. As this product is a hefty volume, it is sold as a .pdf only; this format allows for one's own printing as well as viewing/instructing via computer. 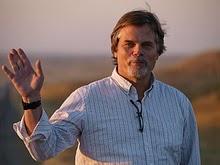