In 1983, Hexco Inc. expanded into the academic world, offering products for students participating in spelling bees when oldest daughter Valerie started competing. Since then, the company has added numerous academic products to encompass study aids for students at all levels of competition, not only for National Spelling Bee preparation, but also for Texas UIL academics, National History Bee & Bowl, National Geographic Bee, South Asian Spelling Bee, North South Foundation, and other unique competitions. 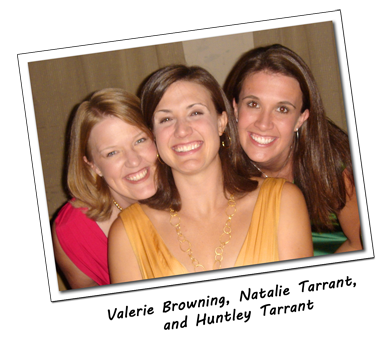 Valerie, the first of the Spelling Sisters, began her spelling career in 1982. At her youthful suggestion and with her entrepreneurial spirit and her tenacious help, Hexco soon began marketing Valerie's Spelling Bee Supplement providing pronunciations and definitions for all the words in the Scripps annual word list. Valerie won her regional bee in 1987 and attended The Scripps National Spelling Bee. She was followed two years later by Natalie who competed in Washington in 1989 and Huntley who competed in 1992 and 1993.

Each Received Entrepreneur of the Year Award

All three of the Spelling Sisters have participated in expanding the product line in the academic arena for Hexco, and they each received Entrepreneur of the Year awards in 1991. Valerie lives in Houston with one daughter and one son. She completed undergraduate work at SMU and received her Masters in Business Administration at the University of Texas. Natalie is now a pediatrician living in Austin, Texas with her daughter. She completed her undergraduate degree at the University of Texas at Dallas and her medical degree at Baylor Medical School in Houston. Huntley is currently serving as president of Jack Wynn Hair Color in Austin, Texas. She completed undergraduate work at Rice University in Houston, and received her MBA from Harvard Business School. All three still participate in Hexco's affairs, as they have done since its inception. Valerie and Huntley, in particular, have been active in directing the academic portion of the company, expanding the marketing possibilities, authoring many of the products, planning the functionality of the eMentor program and advising on bringing Hexco up to speed in the e-commerce arena. Huntley has been instrumental in app and web development and has produced numerous videos for UIL Computer Applications. Huntley also played a key role (back in the day) in developing our original Mentor software and tweaking the layout and functionality of the program along the way.